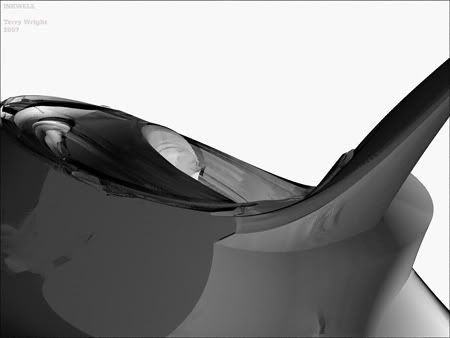 I gave her my heart. She gave me a pen.
--John Cusak in Say Anything

The American people gave Democrats their heart in November 2006. In return, Democrats gave George Bush a blank check in May 2007. We gave them our heart, they gave him a blank check. That will make May 24, 2007 a dark day generations to come will look back on -- a day when Democrats in Washington not only continued a war they promised to end, but happily went on record declaring that they believe in their hearts that government's role is to ignore the will of the American people.

Why, indeed, did some of us work so hard to elect a Democratic majority last year if they'll just give away the farm to the robber barons?

Why did we send you in our places in this supposed representational democracy? To condone the immoral madness of the Iraq War in our names?

No. We sent you with the primary objective to do whatever is necessary to end the Bush/Neocon horrific war of lies that is killing and maiming our friends and families and draining our economy and national spirit.

And did you hold firm and stay true? Or did you (including my two spineless senators -- Lincoln and Pryor) hand over a blank check to George Bush and his associate cronies to continue his war crimes (let's not be afraid to call his lies and actions what they really are) with your blessing? Did you notice the inkwell was filled with the blood of our loved ones who have died and suffered?

And for what? Bush's stubborn ego? Halliburton profits? For the brazen lie, unquestioned by a compliant media, that standing firm translates into a lack of support for the troops?

Hasn't Congress been keeping up with current events? Visit here for a refresher course detailing how deeply heartfelt Bush's support for the troops is. Sadly, the list is incomplete.

George Orwell. Come on down. Ignorance Is Strength. Supporting the troops apparently means rolling belly up enabling BushCo to continue surging them into combat and systematically whittle away their pay and benefits while extending their deployments.

So, Dems, rationalize away as you sign blank checks in blood. At the end of the day, the "long war" endlessly reaps along. Oh, and there's another constant with such bargains. The Devil owns your soul.

Keith Olbermann apparently also has a few issues with both Bush and the genuflecting Democrats: 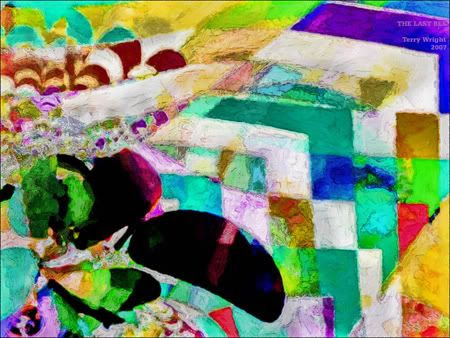 It seems like the plot of a particularly far-fetched horror film. But some scientists suggest that our love of the mobile phone could cause massive food shortages, as the world's harvests fail.

They are putting forward the theory that radiation given off by mobile phones and other hi-tech gadgets is a possible answer to one of the more bizarre mysteries ever to happen in the natural world -- the abrupt disappearance of the bees that pollinate crops. Late last week, some bee-keepers claimed that the phenomenon -- which started in the US, then spread to continental Europe -- was beginning to hit Britain as well.

The theory is that radiation from mobile phones interferes with bees' navigation systems, preventing the famously homeloving species from finding their way back to their hives. Improbable as it may seem, there is now evidence to back this up.

Colony Collapse Disorder (CCD) occurs when a hive's inhabitants suddenly disappear, leaving only queens, eggs and a few immature workers, like so many apian Mary Celestes. The vanished bees are never found, but thought to die singly far from home. The parasites, wildlife and other bees that normally raid the honey and pollen left behind when a colony dies, refuse to go anywhere near the abandoned hives.

The implications of the spread are alarming. Most of the world's crops depend on pollination by bees. Albert Einstein once said that if the bees disappeared, "man would have only four years of life left."

No one knows why it is happening. Theories involving mites, pesticides, global warming and GM crops have been proposed, but all have drawbacks.

Now a limited study at Landau University has found that bees refuse to return to their hives when mobile phones are placed nearby. Dr. Jochen Kuhn, who carried it out, said this could provide a "hint" to a possible cause.

Dr. George Carlo, who headed a massive study by the US government and mobile phone industry of hazards from mobiles in the Nineties, said: "I am convinced the possibility is real."

Something new. Made with FraSZle. Post-processed until I felt a good buzz.

Posted by cruelanimal at 4:44 PM 2 comments: 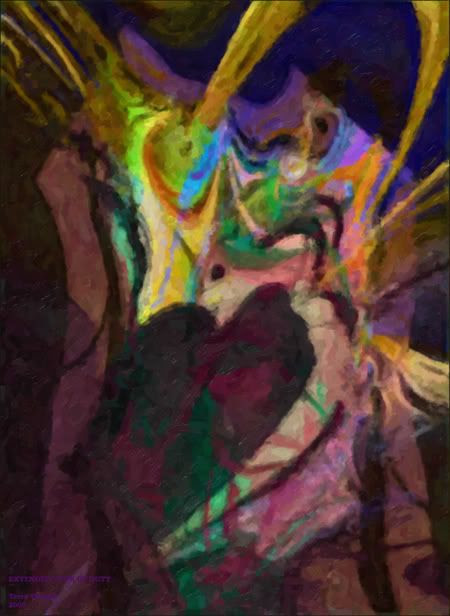 The combat-stress literature suggests there's a finite limit to the amount of time that men and women can withstand combat. British historian Richard Holmes pegged this figure at approximately 60 days of sustained combat. In Iraq, we often wondered what our finite limit was, given the stresses of our advisory mission and the frequent attacks on our compound in downtown Baqubah. You can drink only so much chai with Iraqi leaders, and hit so many improvised explosive devices, before you burn out and need to go home. The soldiers and Marines fighting high-intensity operations in Ramadi probably had a different limit than my team, as did the troops assigned to staff duty in the International Zone or on major forward-operating bases.

To a senior Pentagon official studying a set of PowerPoint slides in the Pentagon, the question may seem academic. But to men under fire, it is anything but. Keeping units in combat for longer than a 12-month tour may push many troops past their breaking point, endangering both their lives and the mission.

Today's Army and Marine Corps is more family-oriented than other forces fielded recently by the United States. My deployment affected my family far more than me. I knew when I was safe and when I was in harm's way; families can only guess, piecing together what they get from CNN and sporadic e-mails from their loved ones. Extending soldiers' tours crushes the hopes of their families, who pin so much on a fixed return date. Soldiers have always received "Dear John" letters, but it's different now, because so many troops have spouses and children—and because today's troops are getting "Dear John" e-mails and phone calls in real time. Extending these tours creates enormous strain for military families. And shortening these families' time together between deployments all but guarantees family issues on the next rotation. Problems at home quickly become problems in Iraq or Afghanistan, forcing combat leaders to take time away from their mission to advise soldiers about family matters.

And do you think The Commander Guy cares?

Sorry for the lack of posts lately. I'm working on two time-consuming projects over the summer. Something's got to give, and I'm afraid I won't be updating here as much as I'd like. But I'll try to post when I can.