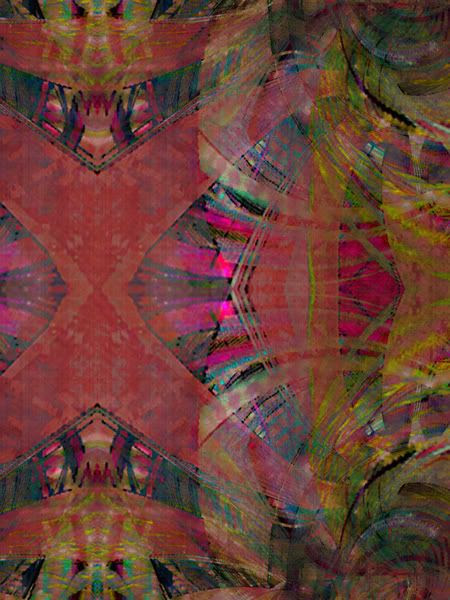 As the clock moved towards 10 in the morning, and again at two in the afternoon and eight in the evening, there was a great flurry and bustle throughout the palace. The highest-ranking women made their way to the Upper Bell Corridor, which led to the double door between the men’s and women’s palaces. As the castle drums sounded the hour, the cluster of bells that hung by the door jangled.

One maid remembered how fearful she was of cleaning them. The bells were only supposed to ring when the shogun entered the women’s palace, and anyone who rang them at any other time was severely punished. But the trouble was that the slightest move set them jangling. Dusting and polishing them were terrifying tasks.

When the bells sounded, shaven-headed nuns who acted as officials unfastened the locks, drew aside the bolts and slid open the door. Men waited on the other side, but only one stepped through: the shogun.
--"The Caged Concubines," TimesOnline

I don't get quite the same treatment when I come home. Here's what happens: My cat wakes up, yawns, arches her back while stretching, meanders slowly over to her food dish, sits impassively, and stares at me.

You tell me. Who is the shogun, and who is the servant?

Image initially made with QuaSZ. Post-processed until the image had its eyebrows shaved and its teeth blackened.

Posted by cruelanimal at 1:34 PM 2 comments: 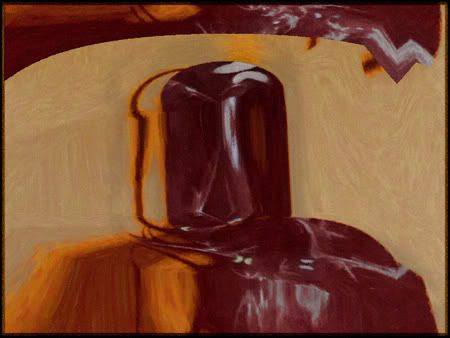 After a bitter unseasoned vegetable
dish the vet took

two shots to the torso. Radishes bled
like chopped up bolts.

Reparation lawyers beamed down.
Off switch or soup?

Image initially made with Fractal Zplot. Post-processed until every tank in the world glowed before disappearing. Text is a "Google poem" collaged together from search strings of the phrase gort takes a sick day.