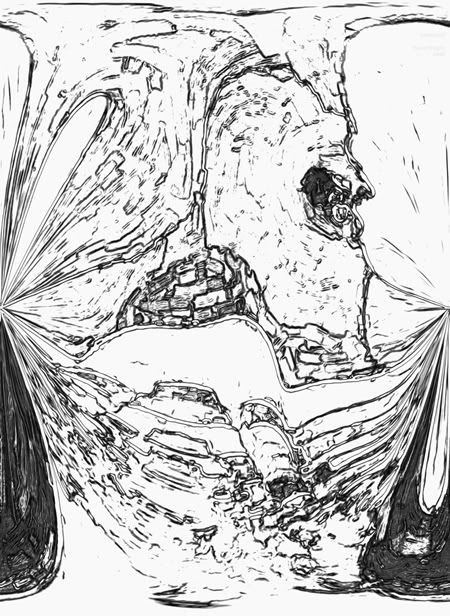 Unclaimed luggage
is a train

of leather.
Dimensions will be screened
with audio. You are

physical with your
incomprehensible question.

Carry on
something more personal
than excess information.

Stupid old bag.
Pick it up or pet it better.

Due to lax security
and high fuel costs your seat
doubles as chum.

All of us with overweight airlines
will carry you off.

Image made with Fractal Zplot. Post-processed until I just lost it. Text is a "Google poem" pieced together from search strings of baggage.

Posted by cruelanimal at 8:39 PM 2 comments: 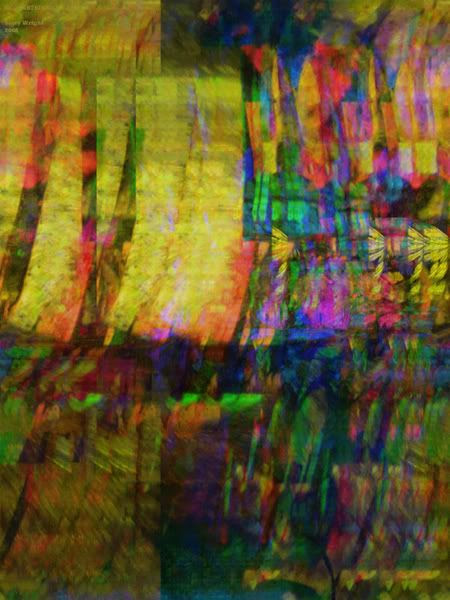 Through an extraordinary highlight
postmodern political debates reassembled.
Icon vaudeville overall. You guys
in old gangster movies get dissected
and remain troubled by failure. Rhinestones
help frame you even when the Justice Department
says nothing. What are you? Yellow?
Even with that microphone? You've given
the world sportswear and strangled parachutes. You have
a cable show. Narrate away
your private history of lost love trifles
and magical realist bullshit.

Further on down the coast
all your public photos and videos are tagged
with see-through critiques. A canary,
less composed but more used,
must be crushed by a magician's cage.

Something new. Image made with Fractal Zplot. Post-processed until the image collapased just moments before everything caved in. Text is a "Google poem" collaged from search strings of deconstructed canary. 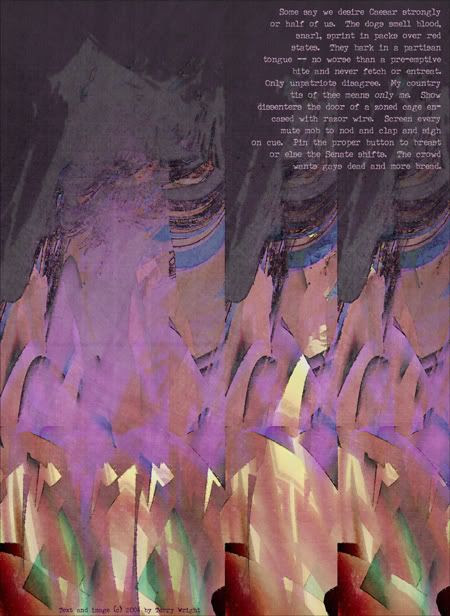 [Click the image above to see the view with binoculars.]

If anything, the national press corps was probably too deferential to the White House and to the administration in regard to the most important decision facing the nation during my years in Washington, the choice over whether to go to war in Iraq. The collapse of the administration's rationales for war, which became apparent months after our invasion, should have never come as such a surprise. The public should have been made much more aware, before the fact, of the uncertainties, doubts, and caveats that underlay the intelligence about the regime of Saddam Hussein. The administration did little to convey those nuances to the people, the press should have picked up the slack but largely failed to do so because their focus was elsewhere--on covering the march to war, instead of the necessity of war.
--Scott McClellan, What Happened: Inside the Bush White House and Washington's Culture of Deception

Truth never comes into the world but like a bastard, to the ignominy of him that brought her birth.
--John Milton

Image made with Fractal ViZion. Post-processed until it lied its way into a book contract. 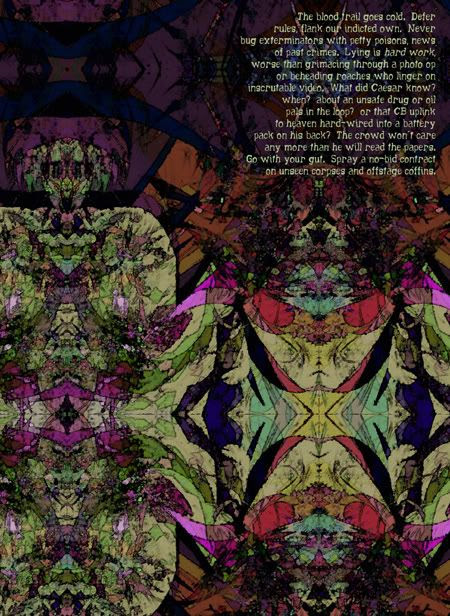 America is no mere international citizen. It is the dominant power in the world, more dominant than any since Rome. Accordingly, America is in a position to reshape norms, alter expectations and create new realities. How? By unapologetic and implacable demonstrations of will.
--Charles Krauthammer, 2-26-01

Look how wrong you can be
--Rod Stewart, "Every Picture Tells a Story"

Image made with Fractal ViZion. Post-processed until it fell.

Posted by cruelanimal at 2:16 PM 2 comments: