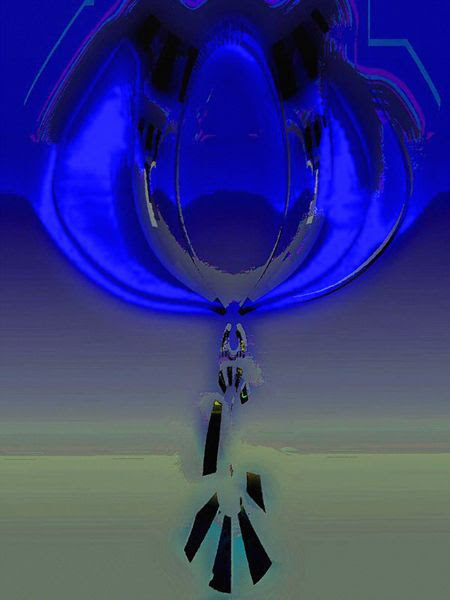 Posted by cruelanimal at 5:30 PM 2 comments:

Inside the Roche Limit 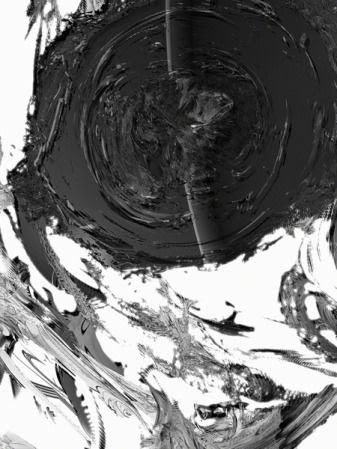 This piece served as the book cover image for my latest poetry chapbook Fractal Cut-Ups. The image was blurred for effect on the cover, so I thought it might be fun to show the art as it originally was.

I learned recently that Fractal Cut-Ups has been nominated for a Pushcart Prize.

Wikipedia defines the Roche limit as

the distance within which a celestial body, held together only by its own gravity, will disintegrate due to a second celestial body's tidal forces exceeding the first body's gravitational self-attraction.

Image initially rendered in Quasz. Post-processed until the satellite disintegrated.

Posted by cruelanimal at 1:45 AM No comments: