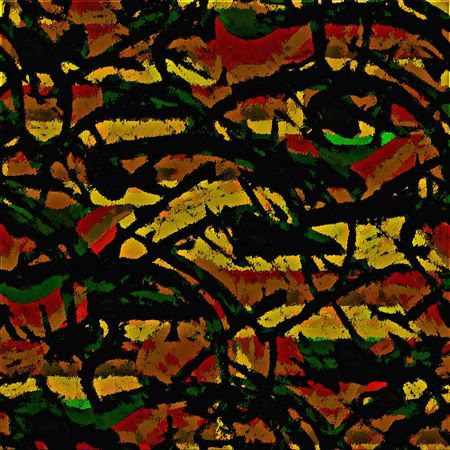 For background on this series, wander here. 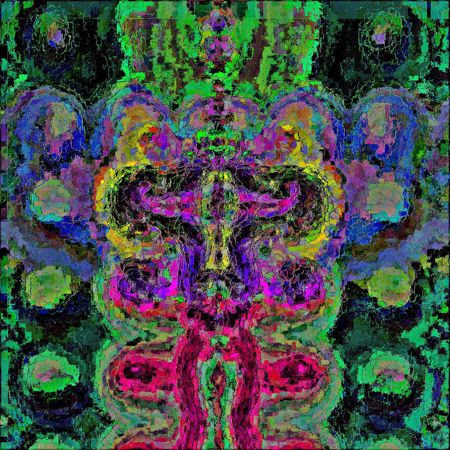 For background on this series, surf here.

Tonight's musical tryst is The Fall performing "Latch Key Kid" at The Basement in 2008. For best results, start the video and click on the image. 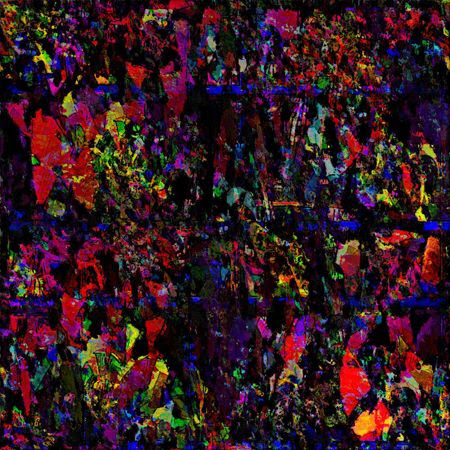 I have posted about this series previously, but I thought, for awhile, I'd put up some optimized clean copies (sans signatures) with some music for your enjoyment.

For context, here's what I originally wrote about the series:

[These] images slink out of the hard drive graveyard today. They are part of a series called Energy Vampires -- 400 images that I worked on sporadically for over five years.

Stakes pulled from their pixel corpses--

Rising from their digital coffins --

The composition method for the series is positively parasitical. I found fractal images by other artists and messed them up severely with multiple layer dumps of whatever would stick to the monitor. I was sampling. Often, I would cannibalize my own images for the greater good. They were probably undead anyway. And, now, these "energy vampires" live again by feeding off the artistic blood of others and by draining the meaninglessness from my own failures.

I kept no record of whose images I bit in their beds -- or which of my own were seduced and sucked to a husk. I deliberately did not want to remember. The process itself was all that mattered -- just as the vampire is driven to feed off others with myopic need. The artist as leech. The artist as tapeworm.

As a musical complement for today's image, here's Dub Spencer and Trance Hill in a live performance of The Clash's "Rock the Casbah": 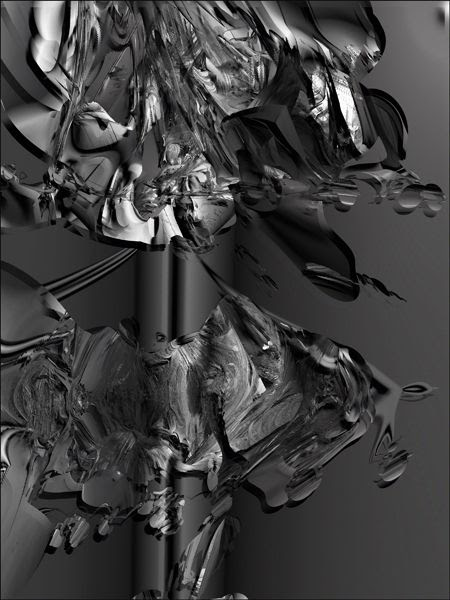 [Click on the image above to see the view with binoculors.]

Image initially made with Quasz. Post-processed until I would call it Vertical Dancer.

Posted by cruelanimal at 4:31 PM No comments: 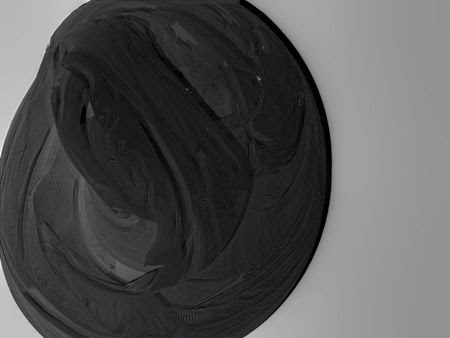 I have inspiration A.D.D. It changes every five seconds.
--Skrillex

Image initially made with Quasz. Post-processed until exponentially remixed.

Posted by cruelanimal at 11:09 PM No comments: