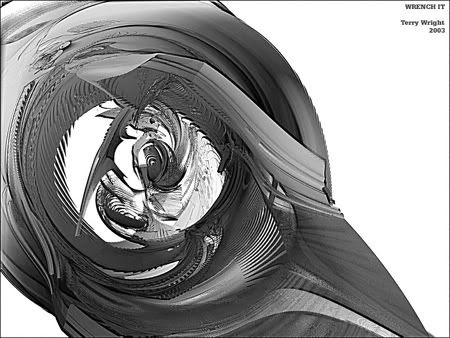 And what was I saying last time? I guess the wheels don't turn slowly when they come completely off.

Congressional Democrats on Monday singled out presidential adviser Karl Rove for questioning about the firings of eight federal prosecutors and whether the dismissals were politically motivated.

The demands to question Rove signaled anew Democrats' shifting focus beyond the Justice Department and toward the White House, in the inquiry.

Last week, House Judiciary Committee Chairman John Conyers, D-Mich., said he would seek to interview former White House Counsel Harriet Miers and deputy counsel William Kelly for insight on their roles, if any, in the firings.

In a statement Monday, Conyers said stories about Rove's alleged link to Iglesias' dismissal "raise even more alarm bells for us."

"As a result, we would want to ensure that Karl Rove was one of the White House staff that we interview in connection with our investigation," said Conyers.

Sen. Charles Schumer, D-N.Y., who is leading his chamber's probe into the firings, said he also wants to question Rove.

White House spokeswoman Emily Lawrimore said the demands would be considered after lawmakers send letters requesting an interview. "If we receive such a request, we would consider it in the ordinary course and respond appropriately," Lawrimore said.

The ordinary course? How about an extraordinary one -- as in rendition? Given BushCo's new rules, I suppose neither habeas corpus nor the Geneva Convention apply to America's enemies. If Rove, certainly an enemy of American justice and fair play, dallies in his reply, I guess he'll just have to be held in Gitmo indefinitely. Or, maybe, turned over to Torquemada Gonzales for a few enhanced interrogation techniques.

And I think we are all familiar with an "appropriate response" from the likes of Rove: 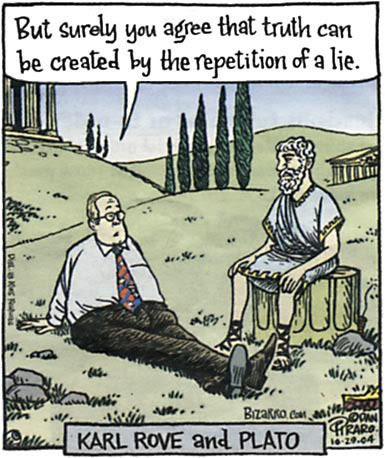 Talk about shadows on the cave wall...

Don't take no catapulted propaganda from Rove this time. Put him under oath before a congressional committee.. Wrench it -- and twist the truth out of this nutjob.

Posted by cruelanimal at 9:50 PM