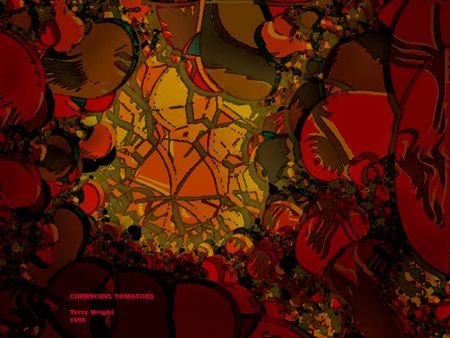 In this way, the Ten Commandments can be sanitized, and any NFL game can be statistically psychoanalyzed. Referees are forced to change their call based on slow-motion instant replay. What is seen always needs an explanation of what every one should see, just in case somebody sees something that nobody else does. They reassure us that from a crumbling overpass or out of rubble of collapsed buildings, another body is bound to be found alive, and disaster always ends in good news.

They ride tornado alley in mini-vans chasing funnel clouds, they post surveillance footage of criminals from local Wal-Mart parking lots, and they sponsor tea parties to terrorize any one they disagree with. When anybody famous makes a mistake, they form panels of comedians to gossip about what they speculate is probably true, even if they can’t prove it. The important thing is never to let white space or silence take over the airwaves. Chatter, whether on cell phones or text messages or emails or twitter, or running as a stream of words beneath the image, rattles from their teeth in palsy, the death throes of civilization with never a moment’s quiet rest.