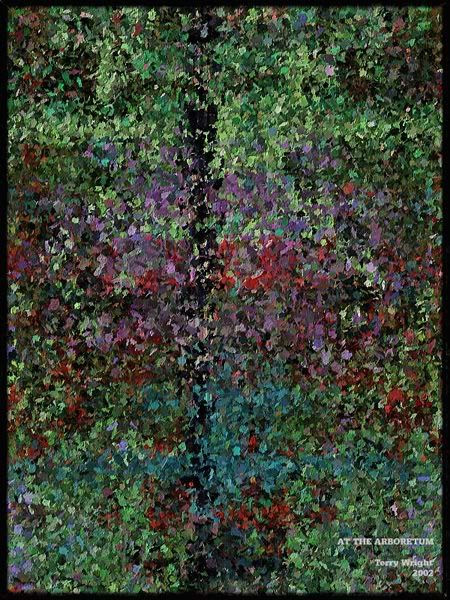 The History of Arbor Day from Treehelp.com:

The first Arbor Day took place on April 10, 1872 in Nebraska. It was the brainchild of Julius Sterling Morton (1832-1902), a Nebraska journalist and politician originally from Michigan. Throughout his long and productive career, Morton worked to improve agricultural techniques in his adopted state and throughout the United States when he served as President Grover Cleveland's Secretary of Agriculture. But his most important legacy is Arbor Day.

Morton felt that Nebraska's landscape and economy would benefit from the wide-scale planting of trees. He set an example himself planting orchards, shade trees and wind breaks on his own farm and he urged his neighbors to follow suit. Morton's real opportunity, though, arrived when he became a member of Nebraska's state board of agriculture. He proposed that a special day be set aside dedicated to tree planting and increasing awareness of the importance of trees. Nebraska's first Arbor Day was an amazing success. More than one million trees were planted. A second Arbor Day took place in 1884 and the young state made it an annual legal holiday in 1885, using April 22nd to coincide with Morton's birthday.

In the years following that first Arbor Day, Morton's idea spread beyond Nebraska with Kansas, Tennessee, Minnesota and Ohio all proclaiming their own Arbor Days. Today all 50 states celebrate Arbor Day although the dates may vary in keeping with the local climate. At the federal level, in 1970, President Richard Nixon proclaimed the last Friday in April as National Arbor Day. Arbor Day is also now celebrated in other countries including Australia. Variations are celebrated as 'Greening Week' of Japan, 'The New Year's Days of Trees' in Israel, 'The Tree-loving Week' of Korea, 'The Reforestation Week' of Yugoslavia, 'The Students' Afforestation Day' of Iceland and 'The National Festival of Tree Planting' in India. Julius Sterling Morton would be proud. Sometimes one good idea can make a real difference.

From Epic on the "Healthy Forests Initiative":

The next few years will be a critical time in federal forest policy. Taken together, the law and the laundry list of unlegislated changes swept up in the "Healthy Forests Initiative" will make citizen advocacy on National Forest issues no easier and even more necessary. As environmental groups like EPIC document, debunk, and put on public display the Forest Service's actual plans for public lands, the Bush Administration and the timber industry may yet be held accountable in the court of public opinion.

The natural threats to the health of forest ecosystems are real, but our National Forests now face further threats from the timber industry and the Forest Service, acting under the Bush Administration's Healthy Forests Initiative. The legislation just passed is as disheartening as the deception used to pass it. Now it is more important than ever to monitor, and challenge when necessary, the Forest Service's management of our public lands. The timber industry and its allies have a great deal to lose, and they know they're on the wrong side of public opinion, science, and Mother Nature. It's up to us to make sure they're on the wrong side of history as well.

Protecting homes and communities should be the first priority of any national forest fire plan. Unfortunately, the plan unveiled today by President Bush is a smokescreen that misses the target in reducing this threat. Instead, the president's so-called "Healthy Forests" initiative exploits the fear of fires in order to gut environmental protections and boost commercial logging.

Instead of focusing on fire-proofing communities, the Bush plan would emphasize logging large and medium trees in remote areas of national forests which does little to protect human life and property. In fact, removing the most fire-resistant trees and building roads in the backcountry may actually increase the risk of catastrophic wildfires.

The administration is asking Congress to torch our most basic environmental protections in the guise of fire prevention. Rolling back rules for the timber industry and eliminating public participation represent yet another cynical attempt by perhaps the most anti-environmental administration in U.S. history to line the pockets of its corporate friends at the expense of public safety and our natural heritage.

Another Bush Administration euphemism takes seed today. Just as "Clear Skies" actually means the haze of pollution, "Healthy Forests" is clear cutting masked as ecology. There's more Lewis Carroll on display, too. Wasn't it the Queen of Hearts who wryly observed that: "When I use a word it means what I say it means."

And let's not forget this revealing exchange from a recent interview with Frank Luntz, Bush's Prince of Doublespeak, from The Daily Show. Samantha Bee is grilling Luntz for advice on how to set up an effective "fake town meeting." Luntz agrees that language is a vital component, and that words must be cast carefully:

BEE (to Luntz): I'm going to read you some words. Help me warm these up a bit.

LUNTZ: I would say: "Responsible Exploration for Energy."

LUNTZ: I would say: "Healthy Forests."

Well, that last one momentarily chainsawed Luntz. But you can bet our political leaders in the current Ministry of Love are working overtime this Arbor Day to make sure The Lorax has a nervous breakdown. And, remember, you can't tell the thoughtcrimes without a scorecard:

I would say: "vigorous stump."

Today's Arbor Day image places the trees inside. It seems they aren't safe outside.

The young American chestnut was already sitting in its hole in the ground and a fresh pile of dirt was waiting nearby when the president — wearing a business suit — strode out to throw on three shovelfuls and pronounce his Arbor Day commemoration complete.

"We don't want to get carried away," laughed President Bush. "

"We don't want to get carried away," laughed President Bush. "

It's too bad he doesn't feel this sentiment in his gut about all of his other ideas and programs.

Thanks for steering me and others to the latest empty photo op -- and for your warm words.