He Lives in His Head 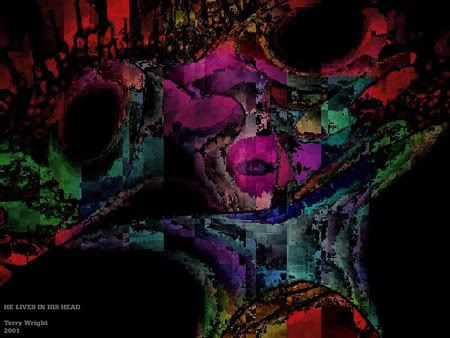 No wonder the prezdent prefers pre-screened, soma-doused audiences. Thinking on your feet is hard work.

Case in point: the first question Bush was asked yesterday during an appearance in Cleveland. From ABC News:

"The answer is I haven't really thought of it that way," he continued, to laughter from the audience. "Here's how I think of it. The first I've heard of that, by the way. I guess I'm more of a practical fellow."

First he's heard of it, eh? Maybe he needs to hang with his fundie homeboys more often. Practical fellows get, well, left behind. From Common Dreams -- "Apocalypse Bush" by Mark Morford:

Do you see? Do you get it? If not, you haven't been reading nearly enough of those silly pulpy sociopathic gazillion-selling "Left Behind" doomsday books so frighteningly adored by the Christian Right. It's simple, really: The world is gonna end real soon. The End Times are comin'. All the signs are in place -- famine, war, disease, sodomy, fires, hurricanes, Avril Lavigne -- and Bush, by instigating holy wars and inciting more terrorism and burning through the planet's natural resources as fast as humanly possible, is merely hastening the blessedly inevitable. As his fellow fundamentalists say, God bless him.

Hey, it explains a lot, this view. It explain how Bush can just smirk and mumble and, with one big, heartless shrug, dismiss the complete lack of WMD and the loss of 1.6 million U.S. jobs and the nation's staggering $422 billion budget deficit . Pay down the national debt? Bah. Planet's going to hell anyway, people. Stock up on nuclear missiles and get yourself an escape pod. Can't afford one? Whatta shame.

How else do you explain it? How else can you understand the most aggressive, war-hungry, abusive, nature-loathing, isolationist administration in American history? How else can you explain BushCo's overall "F" grade from every environmental organization in the world? How can you explain his mauling of long-term Social Security planning? The decimation of the idea of universal health care? A pre-emptive, attack-first-ask-questions-never, warmongering policy that creates more anti-U.S. hatred by the minute?

How can you explain the fact that every human rights organization on the planet is appalled by Bush's actions? Guantanamo Bay to Abu Ghraib to John Ashcroft to the Patriot Act to gutting funding for international women's health care. Hey, if God had wanted us to care about other viewpoints, He would've made everyone speak English. Can I get a "hell yeah?" 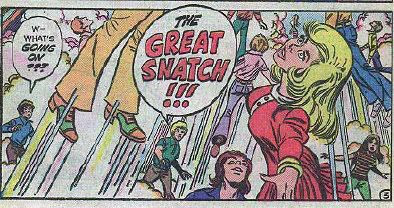 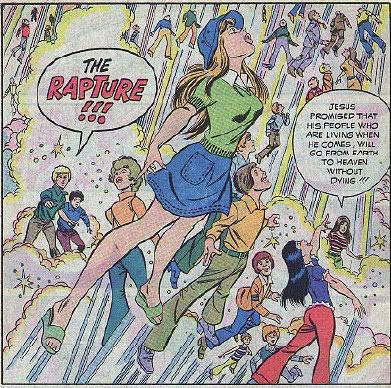 Scenes from the last day of the Bush presidency.

I see. The first you've heard of that? I've heard that you don't read much. I guess you prefer to live in your head. And what's up there? From "Mine Eyes Have Seen the Glory" by Michael Ortiz Hill:

George W. Bush is certainly the plaything of such forces as the geopolitics of oil but it seems that he is susceptible to other even darker archetypal concerns. Let me be blunt. The man is delusional and the shape of his delusion is specifically apocalyptic in belief and intent. That Bush would attack so many vital systems on so many fronts from foreign policy to the environment may seem confusing from the point of view of realpolitik but becomes transparent in terms of the apocalyptic worldview to which he subscribes. All systems are supposed to go down so the Messiah can come and Bush, seemingly, has taken on the role of the one who brings this to pass.

The Reverend Billy Graham taught Bush to live in anticipation of the Second Coming but it was his friendship with Dr. Tony Evans that shaped Bush's political understanding of how to deport himself in an apocalyptic era. Dr. Evans, the pastor of a large Dallas church and a founder of the Promise Keepers movement taught Bush about "how the world should be seen from a divine viewpoint," according to Dr. Martin Hawkins, Evans assistant pastor.

S.R. Shearer of Antipas Ministries writes, "Most of the leaders of the Promise Keepers embrace a doctrine of 'end time' (eschatology), known as 'dominionim.' Dominionism pictures the seizure of earthly (temporal) power by the 'people of God' as the only means through which the world can be rescued.... It is the eschatology that Bush has imbibed; an eschatology through which he has gradually (and easily) come to see himself as an agent of God who has been called by him to 'restore the earth to God's control', a 'chosen vessel', so to speak, to bring in the Restoration of All Things." Shearer calls this delusion, "Messianic leadership"-- that is to say usurping the role usually ascribed to the Messiah.

In Bush at War Bob Woodward writes, "Most presidents have high hopes. Some have grandiose visions of what they will achieve, and he was firmly in that camp."

"To answer these attacks and rid the world of evil," says Bush. And again, "We will export death and violence to the four corners of the earth in defense of this great nation." Grandiose visions. Woodward comments, "The president was casting his mission and that of the country in the grand vision of Gods Master Plan."

Hell yeah. Never get out of the boat. Now watch this drive. Bring it on... 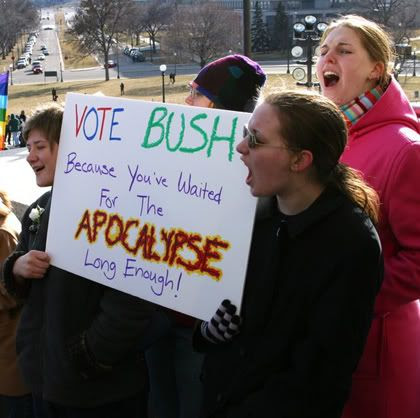 Hey. Who pre-screened those people? They don't look like Rapturers Republicans.

Next on Fox News: The End of Days -- Could It Be a Good Thing?

Posted by cruelanimal at 2:42 PM